A team from the University of Macau (UM) recently won the third prize and a Fosun Protechting Award for its project titled ‘An Ambient Cell-transportation System’ at the ‘Parafuturo de Macao’ Innovation and Entrepreneurship Competition. Another team from UM won the IEEAC Award and a Fosun Protechting Award for its project titled ‘Next Generation Protein Analytical Products and Services for Clinical and Research Markets’. The competition was co-organised by the Parafuturo de Macau Investment and Development Limited, Macao Young Entrepreneur Incubation Centre, and the Association for the Promotion of Science and Technology of Macau. Both teams will participate in various activities as part of ‘Protechting-Innostar’ Global Innovation Competition to be held in Lisbon on behalf of Macao. They will participate in an incubation camp to receive training for various skills, including management skills, marketing skills, and investment skills. The team who has received the IEEAC Award will also participate in the final of another innovation and entrepreneurship competition on behalf of Macao later this year. 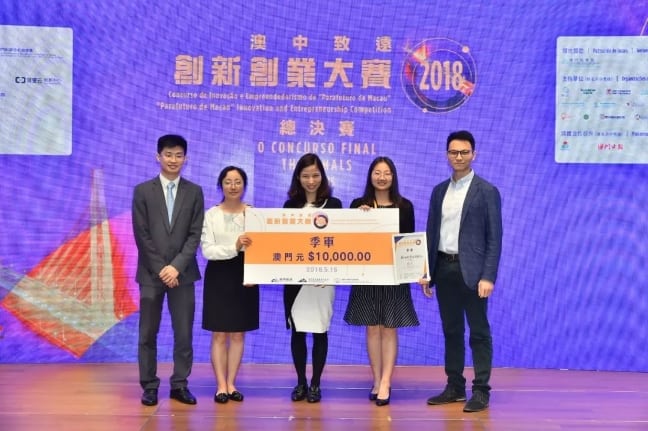 Third Prize: the team of “An Ambient Cell-transportation System” 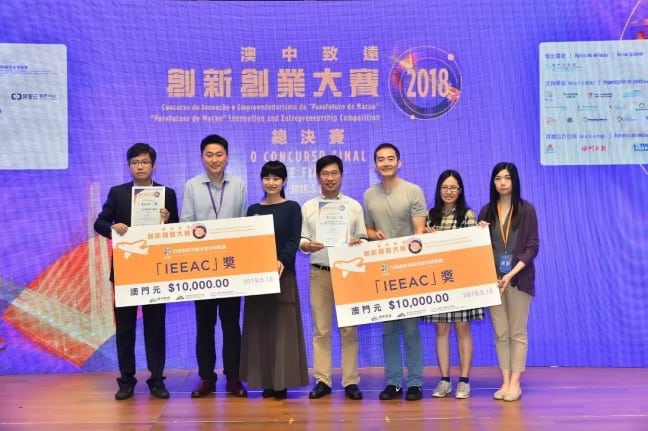 IEEAC Award: the team of “Next Generation Protein Analytical Products and Services for Clinical and Research Markets” (Right side) 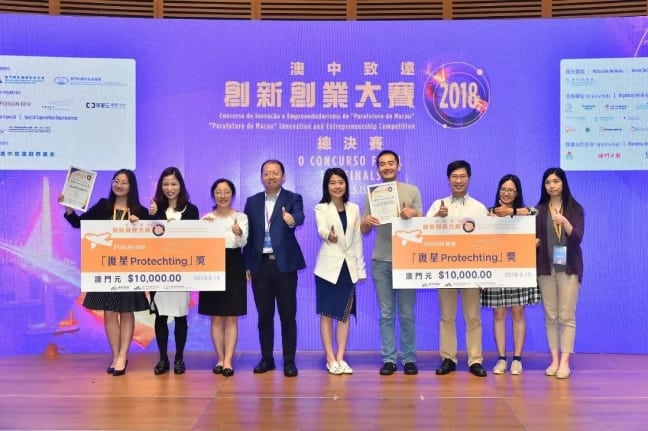